Get The Psych Report Dismissed

In the words of John Henry Wigmore, cross-examination is “beyond any doubt the greatest legal engine ever invented for the discovery of truth.”

Unfortunately, psychiatrists, neuropsychologist, and psychologists often write reports for the courts that are substantially flawed.  When you get one of those reports, the first hurdle is to figure out if the doctor did a good job in writing their report or if the report contains fatal errors that could warrant the dismissal of that report by the Trier of Fact.  This newsletter will discuss five steps to determine if the report is substantially flawed and should be thrown out.

Before proceeding to a discussion of the five steps referred to above, it is imperative that the attorney decide to attack the diagnosis, which is invariably the most vulnerable part of the doctor’s report.  It is almost never a good idea to attack the doctor’s conclusions about causation, the Global Assessment of Functioning (GAF) score, apportionment, temporary or permanent disability and/or treatment recommendations without first questioning the doctor about their diagnosis.  The reason being that those conclusions are left entirely to the doctor’s subjective opinions while the doctor’s diagnostic conclusions are not left to their subjective opinions.  Instead, the doctor’s report should contain substantial medical evidence demonstrating the plaintiff or applicant meets the diagnostic criteria for the disorder found in the American Psychiatric Association’s Diagnostic and Statistical Manual of Mental Disorders.  The bottom line is that the attorney should focus their efforts on challenging the doctor’s diagnosis.

Five steps to determine if the report is substantially flawed and should be thrown out:

Now, if you are an attorney or an insurance adjuster or supervisor and you suspect you have a substantially flawed psych report, call me for a free analysis and a cost estimate for obtaining an Apricot™.  An Apricot™ is a work-product privileged report written for an insurance adjuster and/or an attorney who believes they have a substantially flawed psychiatric, neuropsychological or psychological report that will harm their client’s case. In my Apricots™ I describe all the flaws in non-technical language and discuss the specific techniques and strategy for cross-examining the doctor, providing simple questions designed to expose those flaws during a deposition or trial despite a slippery doctor’s evasiveness. Those same Apricots™ are frequently used to write trial briefs, petitions, and appeals.  Call me at 844-444-8898 or email DrLeckartWETC@gmail.com.

Posted by Dr. Bruce Leckart at 3:19 PM No comments:

The DSM-5 and Weak Psych Reports 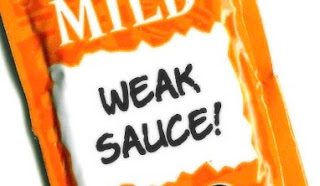 In the words of John Henry Wigmore,

cross-examination is “beyond any doubt the greatest legal engine ever invented for the discovery of truth.”

In last month’s newsletter after laying out a number of theories I concluded that psychologists and psychiatrists keep writing substantially flawed reports in workers’ compensation and personal injury litigation because of incompetence. In this month’s newsletter I point out that the same “mind set” that produces weak psych reports is found in the DSM-5, reinforcing the notion that it’s ok to do bad work.

Nowhere can the contrast be more clearly seen than in the American Psychiatric Association’s Diagnostic and Statistical Manual of Mental Disorders-Fifth Edition, the DSM-5!

I have written extensively about the DSM-5 and how in California’s workers’ compensation system it does not conform to Labor Code section 3208.3, which wisely requires that psychological diagnoses be made using a diagnostic manual “generally approved and accepted nationally by practitioners in the field of psychiatric medicine.”

There is no doubt that the DSM-5 has been widely rejected nationally and internationally. If you want documentation about the reasons, I suggest you read the newsletters I published between June, 2013 and February, 2014, available at my website, www.DrLeckartWETC.com.

Perhaps the single most telling weakness of the DSM-5 occurs in the collective attitude expressed by its almost 2,000 authors concerning the diagnostic criteria for the literally thousands of disorders found in that manual.
Specifically, the DSM-5, which attempts to represent the official view of mental disorders for the mental health community, states very clearly and concisely on page 21:

“Diagnostic criteria are offered as guidelines for making diagnoses, and their use should be informed by clinical judgment.”

A statement follows this on page 25 that reads:

“it is important to note that the definition of mental disorder included in DSM-5 was developed to meet the needs of clinicians, public health professionals, and research investigators rather than all of the technical needs of the courts and legal professionals.”

Well now, what do those statements tell us?
By employing the simple word “guidelines,” the DSM-5 explicitly states that the criteria laid out for the thousands of disorders in the 947-page DSM-5 can be completely ignored by diagnosticians, especially those working in forensics, in favor of their “clinical judgment.”

Or, if you prefer,

“Please feel comfortable and completely free to ignore the evidence-based knowledge of the 1,810 mental health professionals, listed on pages 897-916 who contributed to the DSM-5 diagnostic criteria. Throw those criteria out the window, and just use your “gut,” intuitions, clinical judgment and subjective feelings in drawing diagnostic conclusions and providing testimony in court!”

And you wonder why you see such terrible, undocumented reports with unsupported conclusions and recommendations?

Now for some good news. For over 30 years I have been fighting incompetent reports in the course of my multifaceted forensic practice. For the last 10 years I’ve been focused on writing Apricots™. An Apricot™ is a work product privileged report that lists all of a psych report’s flaws, explains why they are flaws in jargon-free language, provides published references supporting my conclusions, and includes simple questions to ask the psych doctor on Cx that expose the flaws in their report.  Apricots™ are also used to prepare briefs, petitions and/or appeals. If you are an attorney, an insurance adjuster or supervisor and you suspect you have a substantially flawed psych report, send it to me for a free telephone analysis and cost estimate of an Apricot™. You can reach me at 844-444-8898 and/or DrLeckartWETC@gmail.com.

Posted by Dr. Bruce Leckart at 8:26 AM No comments:

How lawyers can effectively cross-examine psychiatrists and psychologists 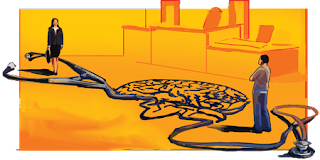 G.M. Filisko's article published in July, 2017 ABA Journal states that psychiatrists and psychologists "are among the toughest witnesses to challenge because their testimony can have elements of hearsay as well as subjectivity."

Filisko further states, "Bruce Leckart, a Los Angeles-based forensic psychologist and professor emeritus of psychology at San Diego State University, has developed a set of rules for cross-examining mental health professionals. One rule is to never ask them about the patient directly but instead confine questions to their report. Another is to always determine whether they have taken a complete history of the patient’s symptoms and complaints to support the diagnosis."

Posted by Dr. Bruce Leckart at 9:11 AM No comments: 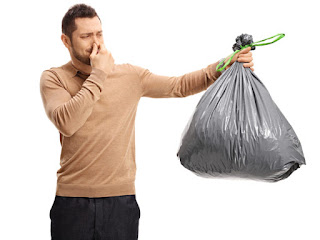 In the words of John Henry Wigmore, cross-examination is “beyond any doubt the greatest legal engine ever invented for the discovery of truth.”

The Problem:  You’ve got a psych case in which a doctor diagnosed a disorder and concluded that the patient has had a psychiatric injury and is psychiatrically disabled.  You also have lots of collateral information indicating that none of this is true.

How do you cross-examine the doctor?

If you’re an attorney working on a psych case there is only one way to trash an unsubstantial or incompetent report.  When you take the doctor’s deposition or trial testimony you attack the doctor’s DSM diagnosis by showing that their report doesn’t support their diagnosis.

If the diagnostic manual’s criteria are not supported by the data in the doctor’s report, the doctor’s
diagnosis and all the conclusions flowing from that diagnosis are worthless.

If you take any other approach the doctor will simply hide behind their “professional opinion.”  Quite simply, all other approaches or strategies may produce piddling results but will not produce a prideful, winning outcome.

I’ve been singing the same song for over thirty years of critiquing tens of thousands of psych reports.  The only thing that consistently works is attacking the doctor’s diagnosis.

End of the story.

Posted by Dr. Bruce Leckart at 9:45 AM No comments: 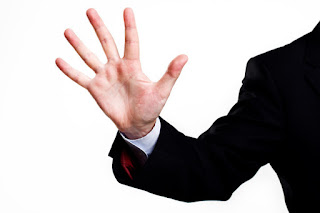 An Apricot™ is a report that provides attorneys and insurance adjusters with information about the flaws in a psych report.  An Apricot™ is written on an expert witness basis and is protected by the work product doctrine.

1. Attorneys are experts in the law and typically not experts in psychology or psychiatry.
2. Psych doctors have the upper hand when being deposed by an attorney.
3. An Apricot™ uses non-technical terms to describe the flaws in a psych report revealing that the report does not constitute substantial medical evidence.
4. An Apricot™ provides the attorney with a list of simple questions to use on cross-examination of the doctor.
5. An Apricot™ provides a list of the major problems in the doctor’s report.

Posted by Dr. Bruce Leckart at 8:48 AM No comments: 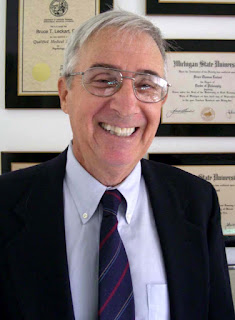 Dr. Bruce Leckart conducts psychological evaluations in workers’ compensation and personal injury litigation. In addition to evaluating patients, he provides Apricots™ for attorneys and insurance adjusters who have a psych report not in their favor. An Apricot™ is a work-product privileged report used to assist an attorney in cross-examining a doctor and/or writing a trial brief for the court. Essentially, Dr. Leckart will find every flaw in the report, write up those flaws in easy-to-understand terms and provide the attorney with a list of simple questions to use in cross-examination. It doesn’t matter which state you are located in or the jurisdiction, Dr. Leckart can assist when you have a psych report that is not in your favor. 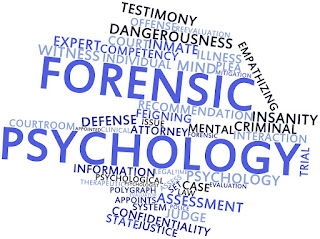 The M-FAST is a 25-item, doctor-administered, brief structured interview designed to identify individuals who may be over-reporting, exaggerating, or fabricating psychological symptoms.  However, the M-Fast is not a psychological test in the sense that it presents any physical material that is administered to a patient.  Clearly, the results of the M-Fast are based on the doctor’s subjective observations, rather than the patient’s objective responses and therefore, this measure is not capable of presenting any non-interview objective data to the court.  When you find that the doctor discussed the M-Fast in their report you should ask the doctor if the M-Fast has any demonstrably effective methods for measuring the individual’s test-taking attitudes and credibility.
Posted by Dr. Bruce Leckart at 8:41 AM No comments: